As is often the case, IoT security engineers would like to emulate and debug a binary or rootfs of an uncommon architecture, like ARM or MIPS. This post would like to introduce a good way to ease the pain of such debugging: running ARM/MIPS Debian on qemu-system. Besides, I succeed in cutting down the installation time, compared to some other similar posts.

I would like to take ARM Debian as an example, which basically is the same with MIPS Debian.

The most common way to install ARM Debian on qemu-system is by running netboot installer because its initrd and kernel can be easily obtained. In general, it’s feasible indeed, but due to the performance lost in qemu emulation, especially network adapters emulation, it’s almost impossible to finish the installation in a few hours. Thus, a better way should be running the offline installer but still I haven’t found any similar posts as the time of writing the post (PS: the Chinese one). After some exploration, I get the offline installer work and shorten the installation time from several hours to about half an hour.

I always prefer KUbuntu, so just install qemu by apt.

And we can see the boot entry.

You may already know that the Debian installer installs the whole system by just setting up /cdrom as the apt source and doing a big apt install. Thus, to install our ARM Debian, just mounting the DVD and starting the installer with initrd and kernel shall work as expected. However, I found that the -cdrom of the qemu-system didn’t work at all! I did lots of research but still didn’t know the exact reason. I guessed it was probably due to the driver problem. Therefore, I had to mount the DVD to /cdrom manually which would be shown in later chapters.

Another problem is that qemu-system doesn’t support PCI network card. According to some discussion, maybe the ARM Debian itself doesn’t have the corresponding support. In a word, to create a network adapter for ARM Debian, “virtio-blk-device” seems to be the only choice which can be specified by -netdev and -device. Note that -nic doesn’t work.

Besides, for tap mode network cards, a bridge should be created.

Finally, the full command line to run the offline installer. If tap network device is specified, the sudo is necessary.

Note that here debian-10.6.0-armhf-DVD-1.iso is mounted as an HDD, so the first error we get is cdrom missing. 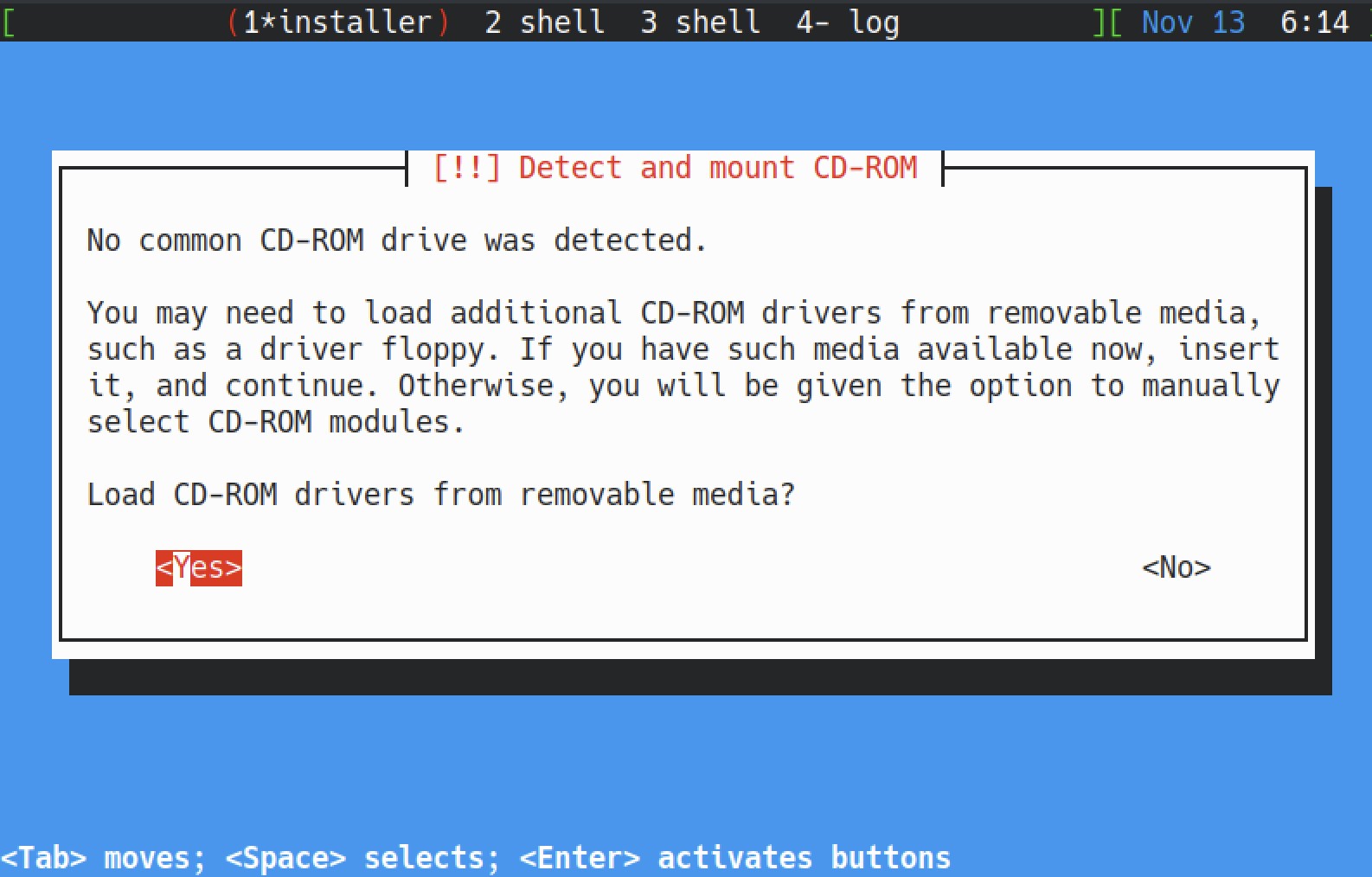 Select No and navigate to the main menu. 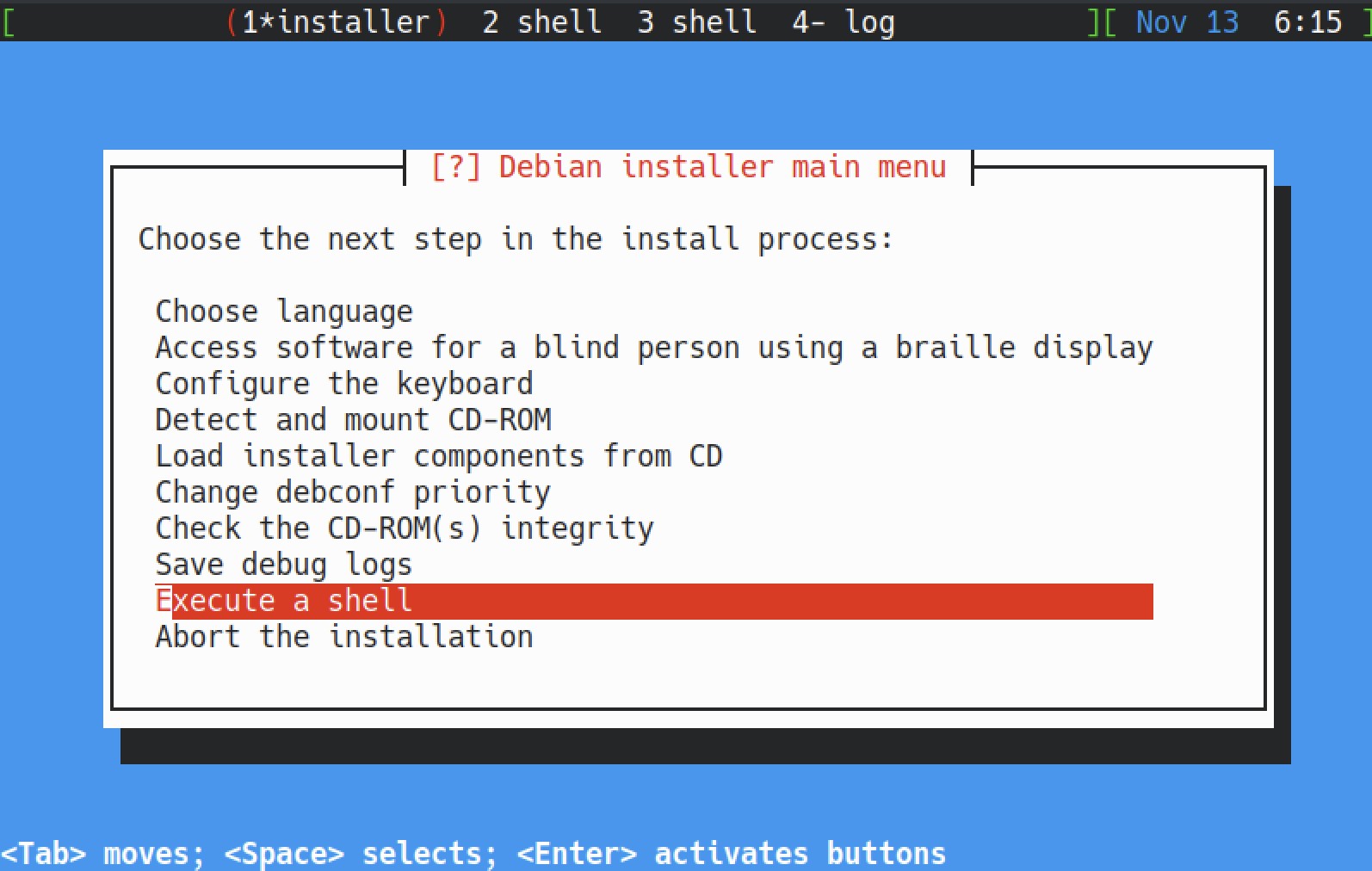 Select Execute a Shell to enter busybox. In fact, I tried to send ALT+F2 in qemu-system console (CTRL+A C) but it didn’t work so I don’t have a better choice.

Obviously, /dev/vda is our DVD so just mount the installation partition to /cdrom.

Then switch back to the main menu and select Detect and mount CD-ROM. The following process is quite straight-forward.

However, for grub installing, it would prompt an error. 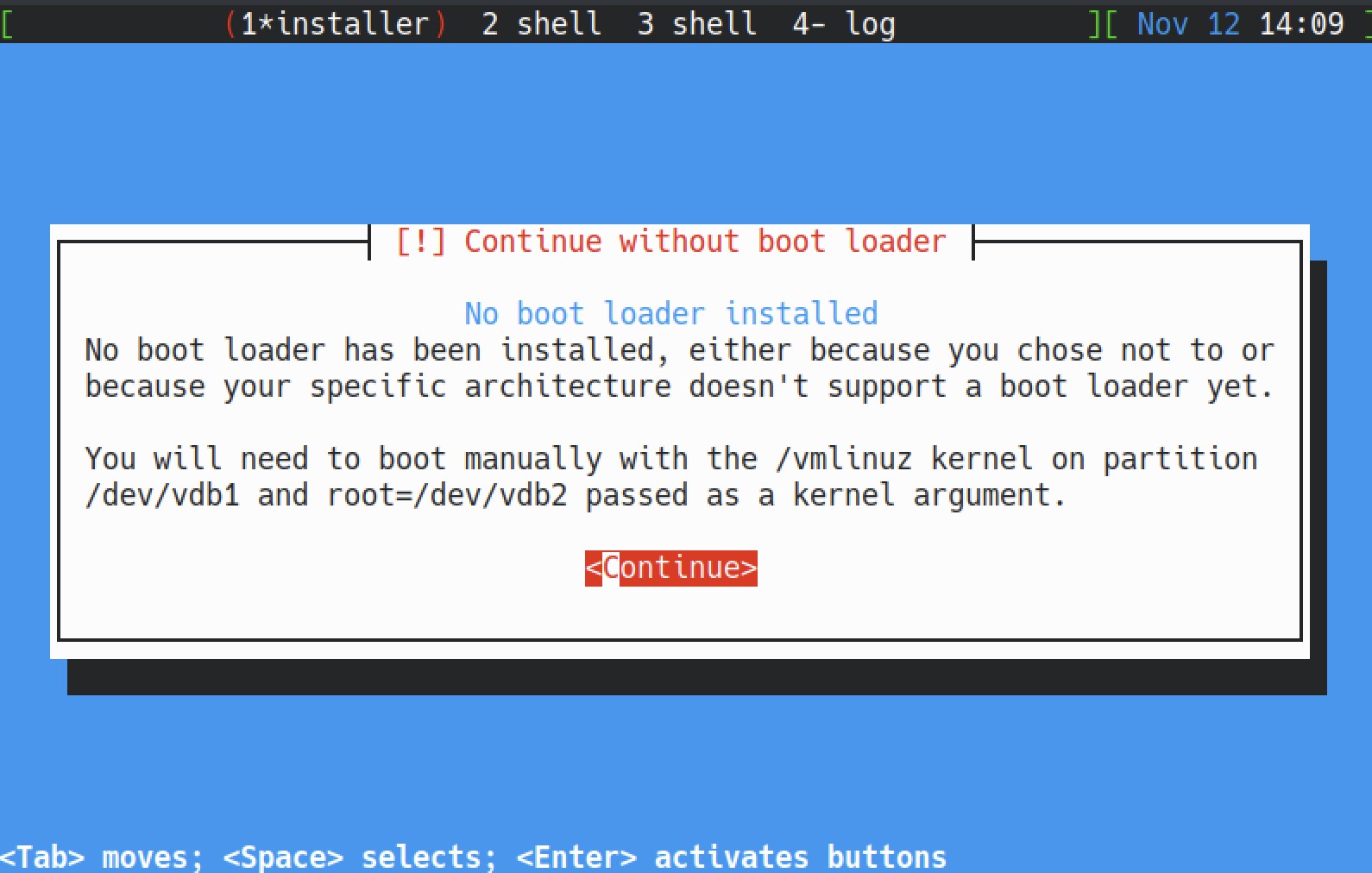 It doesn’t matter at all since the grub work would be replaced by qemu-system.

It’s time to boot our Debian now. The previous initrd and kernel can’t be used to boot the Debian so we have to extract new ones from the disk image.

Here we use virt-ls and virt-copy-out. Note that root is required.

Note the symbolic links of vmlinuz and initrd.

Copy vmlinuz and initrd out.

Compared to qemu-usermode which even doesn’t support multithread debugging, running ARM Debian on qemu-system has lots of benefits, like custom device, even debugging within the Debian. Besides, following the instructions in this post, it is expected to finish installation in half an hour, which is a big improvement compared to network install.